One doesn't have to be alone to feel loneliness. It can occur surrounded by people or in a crowd.

Survivors often feel loneliness acutely, either because their situation creates actual isolation or the overwhelming perception of it.

Even amid utter chaos, when struggling to survive, life slows and bogs down. It can feel like trudging through ever deepening and thickening mud with no belief that we will ever be able to rise from the muck.

Other people's lives go on with the normal ebbs and flows, while a survivor's routine life gets lost in stagnation or backslides into worsening places beyond their control. It is crippling to observe the lives of others from a lonely place.

This leads to feelings of widening isolation. There is the overwhelming sense that you are in it alone. The loneliness of it is deafening.

We can lose the ability to reach out and hold on. We can become paralyzed at the thought of asking for more help or needing someone. We doubt intentions and worth.

We accept the loneliness because we begin to believe we don't deserve more. Part of something meaningful and the shared happiness of companionship becomes so far from reach as to be unattainable even in our dreams. We can no longer see a future which looks any different then the present we feel so trapped in.

Physiological studies have shown that nostalgia can aid in weighty moments of loneliness and have a restorative effect. A perception memory which counteracts loneliness by increasing a perceived social support. Remembering that support and companionship triggers feelings of wholeness and safety of worth. It validates us in the memory.

Ironically, this does not always remain the case with survivors, because being reminded of things often shines a glaring light on how much they have lost and how altered their life is now. So, while there may be a momentary relief in remembering, it is often followed by an increasing feeling of isolation and leads to a despairing level of loneliness. It compounds our distance.

It is very hard to convince ourselves in these moments that we are not as alone as we feel. It is hard to see a time and place opening up for us again where we can feel closeness with other people and let in any love or support. It is difficult to see ourselves as part of something else. 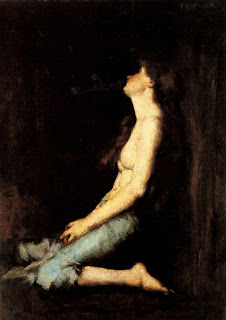 We feel beyond isolated. In feeling this alone, we close off, turning inward, creating even more isolation. It is a vicious circle and a dire Catch-22. It is hard to survive and endure trapped in this tightening bubble. Overtime, loneliness can actually manifest itself physically in damaging ways, which adds to more feelings of isolation.

There is no quick fix to this type of emotional and social fragmentation.

What works for one person to reestablish a meaningful connection may not work for another; and, what works for us one moment may fail with epic proportions in the next. Distance of self is not easy to battle back from. Distance, at its core, often creates and expands loneliness. Distance can swallow closeness whole.

When alone, try to reach for something, someone, or a memory of connecting to make you feel less alone in that moment, even if that moment doesn't linger.

When in a crowd, try to connect with something, someone, or the idea of reaching to anchor you to a less lonely place, even if only for a second.

Then, build on those moments. One brick of connection at a time laid on top of the loneliness, until we have built something stronger and more tangible to connect with.

Even if those bricks exist only within ourselves, they don't have to exist alone.

Posted by Drakeisawake at 2:54 PM